Home General Where you can use deionised water?

Deionised water, as its name says, it is a type of water whose ions are removed and thus making it one without any charge. It is the purest form of water and is created by chemical process that will attract all the ions and thus making it free from charge. It is the process of using specially prepared ion exchange resins to get rid of ionized salts from water and theoretically 100% salt can be removed.

Deionization does not eliminate organics, viruses or bacteria other than specially prepared strong basic ion resins that eliminate “accidental” trapping and Gram-negative bacteria in the resin. Another possible process for the formation of deionized water is electrolysis or electrodeionization. This deionised water is also known as demineralised water and is used in medical field and microelectronics.

Nowadays, people are also using this type of water in their home and this article will tell you some of the applications of water that is demineralised.

After knowing about what is deionised water, you have to know where this water is being used and it is used for various purposes, a few of them are listed below:

·         Industries – There are numerous factories as well as industries that are using this purest water and a few of them are petrochemicals, factories that manufacture food and beverages, power industries, chemical processing and pharmaceuticals, to name a few.

·         Fire extinguisher – Since this water does not have ions it does not conduct electricity and this makes the water to be used in extinguishing fire when electrical equipment got fired.

·         Chemical Laboratory – As pure water only can obtain the exact results in chemical reactions, this deionised water can be used in chemistry and laboratory applications. This water is also used to sterilize as well as clean lab equipment.

·         Automobile – Engine cooling system also uses this water because of its low build-up due to its low mineral content and thus it will increase durability of the system. Acid batteries can also be topped up with this type of pure water. Once can also use this for washing and rinsing surface before it is to be painted for improving finish and improving adhesion.

·         Aquariums – Deionised water is often preferred in most aquariums in order to enhance the overall health of aquatic life and if regular water is used, it will develop the algae growth in water.

·         Manufacturing of glass – This water is used to rinse the glass after it is made so that no other chemical s can deposit on its surface. 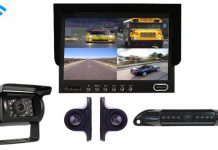 Know all the advantages of using camera 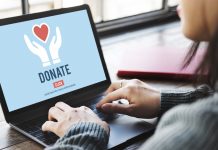 Charity as a means of giving back